Posted on April 4, 2018 by Gerald Tostowaryk

Our sources for this edition are all the usual suspects and one or two extra; Govt of Alberta, City of Edmonton, Realtors Association of Edmonton, ATB “The Owl”, CoStar

Oil Is Up, So Are Railway Carloads of Bitumen - Near Record

Bitumen up - Construction down

While the movement of Alberta bitumen is on its way up, construction is on its way down. According to StatsCan, the number of building permits issued by Alberta municipalities dropped 11% from November to December.

Construction Down - Employment Up (in Edmonton)

In December 2017 employment in the City moved up by about 1500 positions. The gains were entirely in part-time sectors (construction, education, logistics). Losses were experienced in manufacturing and professional services. The unemployment rate dropped from 7.8% in November to 7.5% in December, but part of this was people dropping off the debatable “actively looking for work” category.

The national unemployment rate also dropped, from 5.9 to 5.7%, the lowest since comparable data began being collected in 1976.

Employment Up - Inflation Down

The inflation (on an annual basis) rate dropped noticeably in Edmonton from 2.7% in November to 2.2% December. Gasoline prices moved lower while shelter costs and electricity moved higher.

Inflation Down - GDP Up

Alberta GDP turned around in 2017 from several years of negative growth (I love that word “negative growth”, I guess it sounds better than “shrinking economy”), while final number is not known yet it is expected to be a very healthy 4.1%. GDP growth for 2018 is currently being predicted to come in around a reasonable 2.3 or 2.4% for the year.

Calgary’s overall office vacancy rate ended the year at around 15.8% while Edmonton’s ended off a little lower, around 10.8% after spiking briefly to 11.7% due to new product entering the market.

Calgary’s Industrial vacancy rate dipped to 6.7% while Edmonton’s moved up to 6.3%. Naturally this was reflected in slightly increased asking rates in Calgary ($9.36 average) and slightly lower rates in Edmonton ($9.51).

Edmonton Residential Market on the Upswing

In February Edmonton area the average year over year price for all residential sales rose 3.9% to $374,361 while single family was up 3.7% at $442,206 and condos were up 1.48% at $236,808. Listings are up 8.6% from this time last year to 6,797 and sales are up 2.4% to 1,941 for the year to date. Average days on market are similar to last year’s numbers, 65 days for all residential, 59 single family and 75 for condos. Average days on market numbers are a little higher than long term averages which one would expect given that the sales/listings ratio is 44% which is on the low end of average. Anything between 40-60% is generally considered within the realm of a reasonably balanced market. 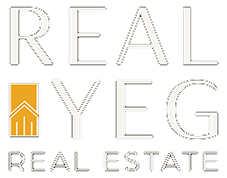 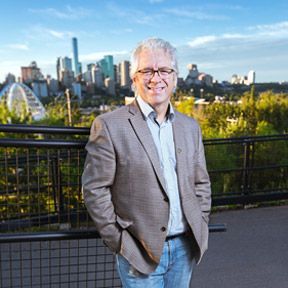